Snapped Up Too Early? 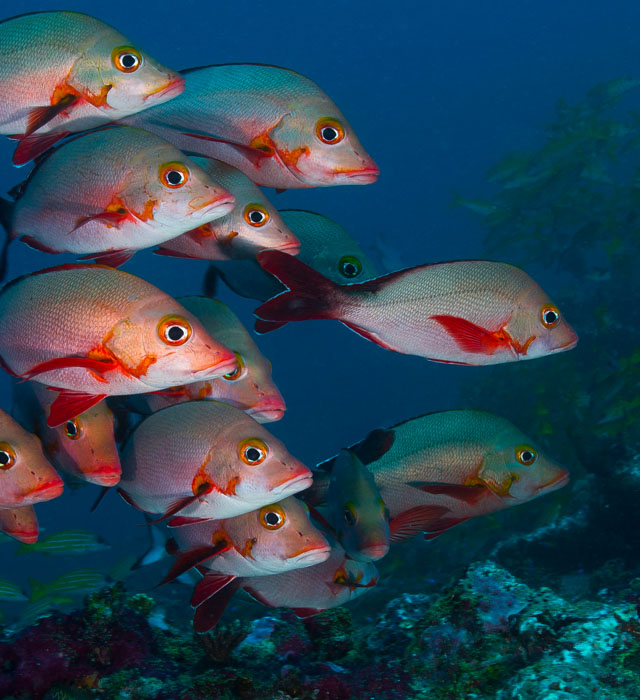 Beaver Street Fisheries is a member of the Supply Chain Roundtable involved in the Indonesian Snapper Fishery Improvement Projects (FIPs). There are currently three FIPs in place in Indonesia and their focus is on both large-scale industrial fisheries as well as small-scale fisheries, who use fishing boats ranging between 13 to 22 meters long. The FIPs are attempting to address some of the major challenges facing the fisheries, such as lack of specific stock data, unregistered vessels, lack of catch data, accuracy of logbook data, lack of species-specific identification, lack of government observer programs, and the market’s high demand for the “golden size” fillets.

Over 100 different snapper species inhabit areas of the Atlantic Ocean, Pacific Ocean, Indian Ocean and the Gulf of Mexico. The three most popular for export from Indonesia are the Malabar blood snapper, the crimson snapper, and the goldband snapper. They can grow in length on average from 20-40 inches, yet many restaurant chefs prefer to source the smaller sized snapper fillets ranging in size from seven to eleven inches, known in the business as the “golden size”. There is a danger in fishing the “golden size” snappers as many females do not start spawning until the age of two (13 inches in length) up to the age of six (27 inches in length). Female snappers are batch (or serial) spawners, which means that they are able to spawn batches of eggs every few days throughout the course of the entire spawning season (an average of 30 times per season). In one batch, a small female can produce around 1000 eggs and a large female can produce up to 2.5 million. As the popularity of the “golden size” snappers’ increase, the potential for overfishing the species before it has the ability to reproduce could be detrimental.

Roundtable participants continue to encourage those in the foodservice industry to buy larger, more sustainable portions of snapper, 20-ounce fillets, cut into portions, as opposed to 6-ounce, plate sized fillets, in order to help sustain the populations.

Additional information about related initiatives can be found on these websites:
www.sustainablefish.org/Programs/Improving-Wild-Fisheries/Seafood-Sectors-Supply-Chain-Roundtables/Snapper-and-Grouper/Indonesia-Snapper-and-Grouper-SR
Learn more here: bit.ly/2ZtFQB7

Committed to providing quality food products on a global basis, while exercising excellence in business practices - from sourcing to delivery.